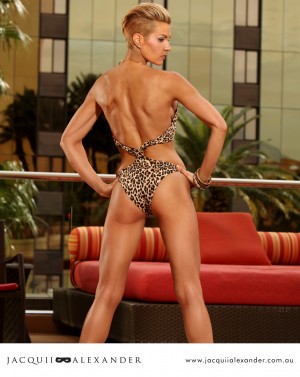 Dedicated and autographed photograph – direct from Jacquii to you.

High quality, glossy 8 x 10″ photograph featuring JQIIX in the Leopard Print swimsuit that captured media from all over the world and appeared in several magazines, including Australian Natural Bodz.

Photo was shot on location at the Golden Nuggett Casino in Las Vegas, the day before Jacquii won Ms. Bikini America.